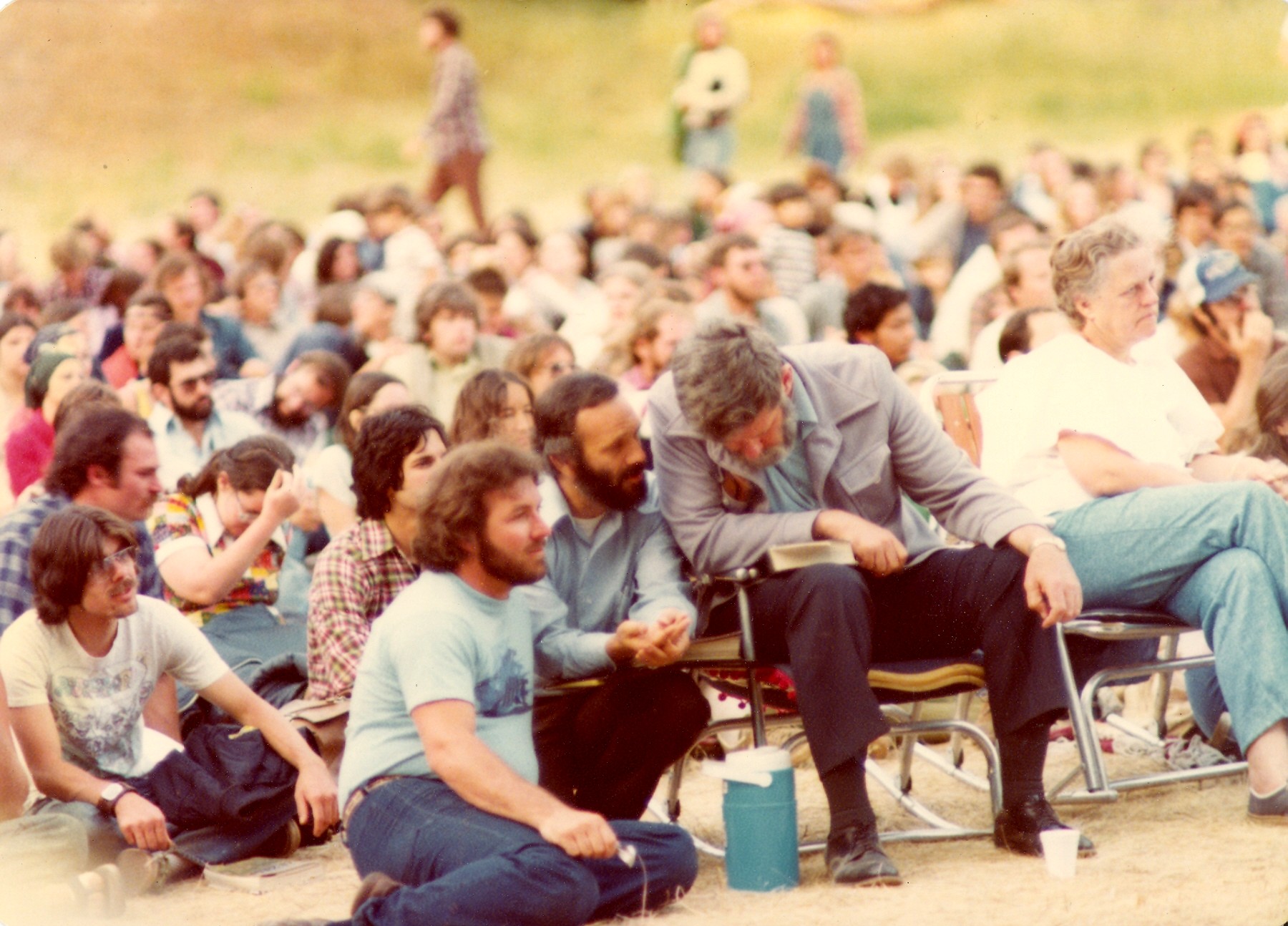 Our History begins in the 1960s and ’70s with Jim and Dacie Durkin (Watch Video: The life of Jim and Dacie Durkin) during the Jesus Movement in the USA in the small town of Eureka, California. Along with his wife Dacie, Jim Durkin founded Gospel Outreach Ministries, where they spent most of their time working with young people teaching them God’s Word, rescuing them from drugs and retraining them with new skills. Soon The Lighthouse Ranch (Watch Video: Life in the Lighthouse Ranch) became a massive operation with over 300 young people, all eager to learn more about Jesus and become His disciples.

Out of these young hippies who loved Jesus, many became missionaries and began to go throughout the USA and the world to establish churches that many still operate today. Among these young people, a small group was sent with their families to rebuild Guatemala’s city in 1976, after it suffered a great earthquake. People began to be drawn to them and started gathering with them for Bible studies. A church was established out of these Bible study groups, which later became named Verbo Christian Ministries. Unfortunately, in the Spanish language, Gospel Outreach had no real meaning, so through the Holy Spirit’s guidance, they called the ministry “VERBO,” which means “The Living Word of God.” The church began to multiply and began sending out missionaries throughout the world.

In 1991, Ramon & Arlina Baldiizon, with their three children, were sent as missionaries to Canada to establish Verbo Christian Ministries Canada. Because of the Spanish name that the church carried, the Spanish community was being drawn to the church, and Spanish was the primary language spoken.

It was not until 2010 that Ramon and Arlina’s sons opened the first Verbo English meeting in Toronto. This English service eventually led to reaching many people of all ethnic backgrounds. They transitioned the Spanish speaking church into an all English speaking congregation through the Holy Spirit’s guidance.

Today, in the year 2020, Verbo Christian Ministries Canada has changed its name back to its roots to International Gospel Outreach – iGO Canada.