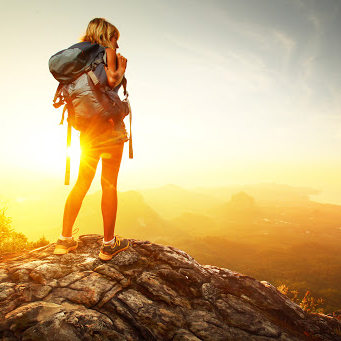 If I could sit down with many of you who are reading this right now, you’d say to me, “Jim, I have big problems in my life. It seems as if God is a million miles away from me. I pray, but He doesn’t seem to hear my prayers. When I ask Him to lift my heavy burden, it gets heavier and heavier”.

“Why does God let this happen to me?”

I can tell you out of my own experience, and the experience of many others, that God can bring blessings and victory in your life. Even when it looks utterly impossible for this to happen, it will become a divine reality to you if you will trust God, believe His Word, and make a bold confession of faith.

When you first start down the road of “Practicing the Word of God,” you many see nothing with your natural eyes in the way of blessing. It is only what you see by faith in your heart. I remember one time I was going through a great trial. It seemed to me that God just didn’t like me. I heard of how He blessed other people, but I didn’t seem to receive any blessings at all.

I actually contended with God and complained, “Lord, you do things for other people and you help them, but look at the shambles of my life. Nothing good ever seems to happen to me.”

It was around this time that I noticed a precious portion of God’s Word in Deuteronomy 28:1-9, where the Lord promised blessing after blessing to His people — if they would listen to Him and obey His commandments. “all these blessings shall come on you, and overtake you, if though will hearken unto the voice of the Lord your God.” Deuteronomy 28:2.

I began to confess this portion of the Word of God and to make it my own. I believed that the blessings were down the road — in back of me. I did not look back to see if they were there, but I trusted God and I knew that they would overtake me.

Bundles of Blessings Everywhere and All the Time

At first, when I confessed these things, I didn’t see a bit of it coming true in my life. However, I continued to boldly confess the Word. I said, “Father, if You said it was true, then I know that it is true and nothing can change that.”

Gradually, one by one, those blessings started to catch up to me and to overtake me just as God promised they would. Finally, a mighty avalanche of blessings rolled up and poured over me.

As you use the bold confession, God will change confusing circumstances and solve perplexing problems that surround you, too. They will all line up to the Word of God and to what He says is true.

David understood this principle and was not afraid to make a bold confession when he faced Goliath, a huge hulk of a man, a nine-foot giant. Goliath had mocked the armies of Israel and defied them. “Give me a man that we may fight together,” he bellowed. All of Israel, and even the king, trembled with fear when they heard his challenge.

When David, the little shepherd boy, came to greet his brothers in the army and to bring them some food, the giant strode up and threatened the Israelite army again. Once more Goliath asked for a man to fight with him. No one dared to respond, but David volunteered. When the king heard this, he called or him.

The first thing David faced before he encountered the giant was a negative confession. If he had listened to it he would never have defeated Goliath. “You’re not able to go and fight against Goliath,” King Saul said. “You’re only a stripling, and he has been a warrior from his youth.”

Negative confessions like this will hammer against you daily and will rob you of joy and victory and blessing if you listen to them. No matter what their source, negative confessions are satanically inspired. They may come to you through your friends or well-meaning people, but if they are contrary to the Word of God, they are from Satan. Therefore, you should not receive them into your heart.

David refused to accept King Saul’s negative confession. If he had, he would have gone away, and we might never have heard any more of him.

David looked at what God showed him to be true, and he refused to look at his circumstances. He knew he was a stripling, and that he faced a cruel and heavily armed giant. David knew also that he hadn’t learned the principles of warfare as Goliath had, and that the circumstances facing him were not at all encouraging.

Though David knew all these disheartening facts, he also knew something better. He knew how to confess God’s Word boldly and to act upon it.

When the Philistine saw how young David was, he cursed him by his gods and made his own bold confession. He tried to paint a fear picture of death and disaster in David’s mind. “Come to me,” he bellowed, “and I will give your flesh to the fowls of the air and the beasts of the field.”

This didn’t frighten David because he trusted in the truth of God’s Word and the faithfulness of his Heavenly Father. So he calmly answered, “You come to me with sword, spear and with shield, but I come to you in the Name of the Lord of hosts.” David had something greater than spears and shields. In David’s heart, the giant was already a dead man and the battle was over !!

“This day,” David declared, “will the Lord deliver you into my hand. I will smite you and take your head from you, and I will give the carcasses of the host of the Philistines this day unto the fowls of the air, and to the wild beasts of the earth; that all the earth may know that there is a God in Israel. And all this assembly shall know that the Lord saves.”

Talk about a bold confession of faith. Here was a young lad, with only a tiny sling in his hand and a few stones in his pouch. People looking at him from a natural viewpoint would say, “That poor fellow hasn’t got a chance against that great giant of a man. Look at Goliath! He’s loaded with armor. Besides that, he is known for his skill in putting men to death.”

David told the spectators that they would learn a lesson — that God’s methods are not like ours. God does not depend on the one who has the most money, the biggest spear, or the most skill. “The Lord saves not with sword and spear,” David said, “for the battle is the Lord’s. He will give you into our hands.”

In a few minutes, the giant was dead and the frightened Philistines fled before the pursuing army of the Israelites. The battle was over and the Lord was glorified.

So do not be afraid of giant problems or perplexing, painful circumstances that may arise in your life. All of these things are arranged for you by the Lord Himself. There is not a minute that goes by, whether you are awake or asleep, that Jesus does not personally work in your life. He arranges circumstances so that you come up against a difficult situation after a difficult situation, in order that you may learn to trust Him.

Practice the Word – Confess its Truth

Do not be discouraged and do not doubt the Lord, but use the “Bold Confession” of God’s Word as David did. Begin to “Practice the Word”, and to boldly confess its truth.

If conditions do not change immediately, do not lose your faith. Simply keep practicing the Word. Sooner or later, as you use the “Bold Confession”, those circumstances will start to tremble, and one after another they will fall away as you see God intervene on your behalf. Every situation in your life will realign itself to fit the truth of God’s Word.

Marvellous changes have happened in the lives of people who have used this simple method of learning to“Practice the Word,” and to make the “Bold Confession”. Remember these three simple steps for the “Bold Confession” — (1) Believe God’s Word. (2) Confess its truth with your mouth. (3) Act upon it — do what the Word says.

So — make the right “Bold Confession”, and bundles of blessings will start rolling down the road to you too.