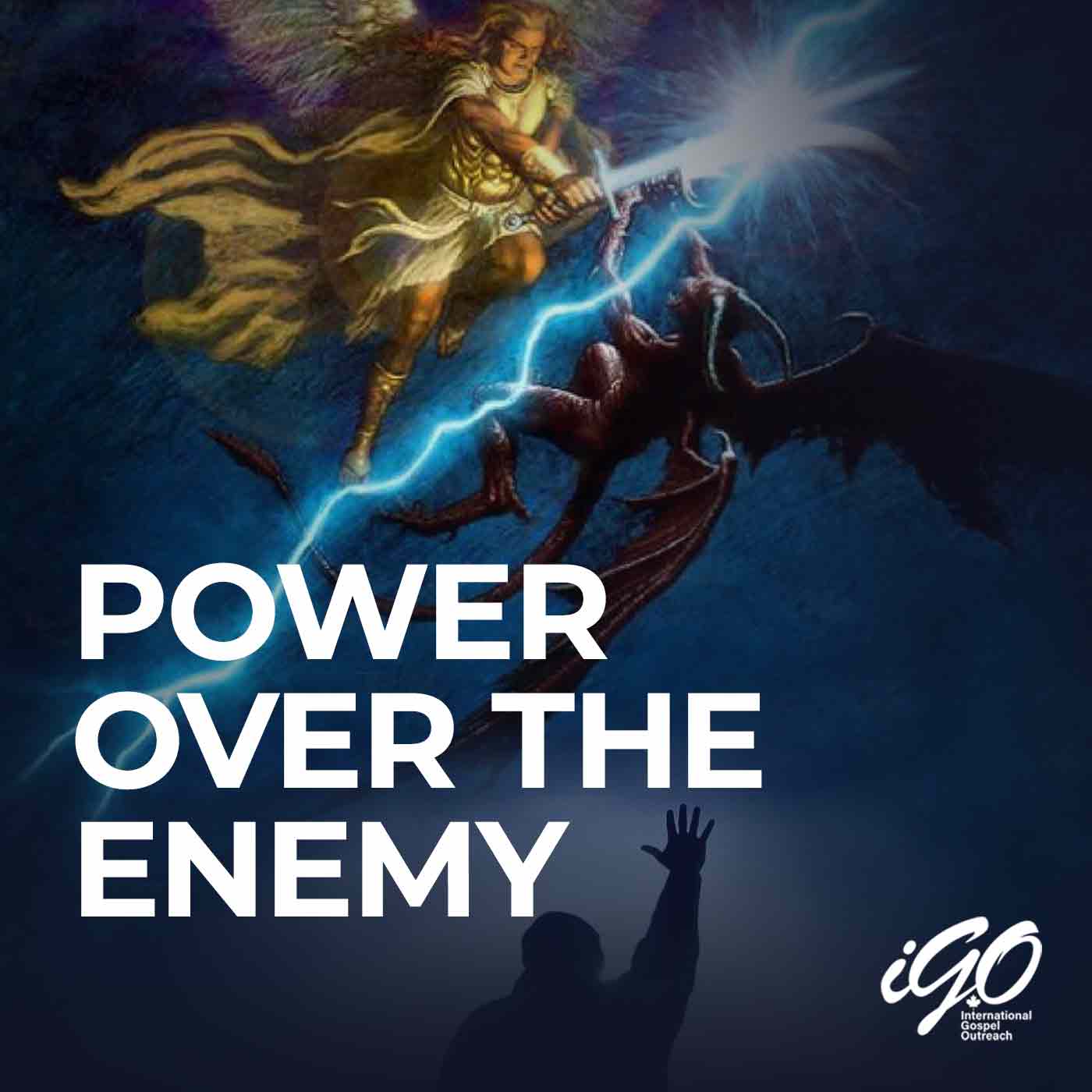 Power Over The Enemy

God has given us power over the enemy and blessed us with angelic protection, Luke 10:18-19, Psalm 91:13. We need to believe the Word of God and have faith until it becomes a divine reality in our hearts. We will not understand many things with just our minds, so we need the Word to be revealed by the Holy Spirit. In Luke 16:19, Abraham says if they do not listen to the prophets, then they will not listen to the dead. There is a witness of the Spirit that the Word of God is true. Faith comes by hearing and hearing God’s Word.

In Acts 2:23, Jesus is crucified and raised from the dead. He went through agony for three days and three nights and was victorious. Colossians 2:13-15, “…He disarmed the spiritual rulers and authorities. He shamed them publicly by his victory over them on the cross”. God’s power came over him, and death could not hold him. As children of God, we have been given the same resurrection power; this is our inheritance, we have the power over the enemy, Revelations 1:18. Ephesians 4:7, when Jesus ascended, he released the captives (from Sheol), Matthew 27:51, the tombs were open, and many bodies of the saints who were asleep were raised. Satan once held the keys to Hades, to death, but Jesus was victorious in conquering death and now holds the keys to Hades. Satan, therefore, can no longer use fear of death to keep people in bondage. Instead, he uses deceit as his primary weapon, and so many allow him to put upon them sickness, diseases, sorrow etc. however, Christ bore these things for us.

We are encouraged to believe in Ephesians 1:18-21, “I pray that you will understand the incredible greatness of God’s power for us who believe him. This is the same mighty power that raised Christ from the dead and seated him in the place of honour at God’s right hand in heavenly realms. Now he is far above any ruler or authority. He is above all – not only in this world but also in the world to come”. That same power is in us now and is waiting to be released when we use our faith. When we believe, we will be set free from demons of sickness and poverty because they have no power over us. All the promises of Scripture belong to God’s people. God wants us to ask so that our joy may be full and the world will see His glory. Ephesians 3:14-21, “…Him who is able to do exceedingly abundantly above all that we as or think, according to the power that works in us…” The power is in us. It’s time for us to meditate on God’s Word and accept it as truth, and not be deceived by the enemy.