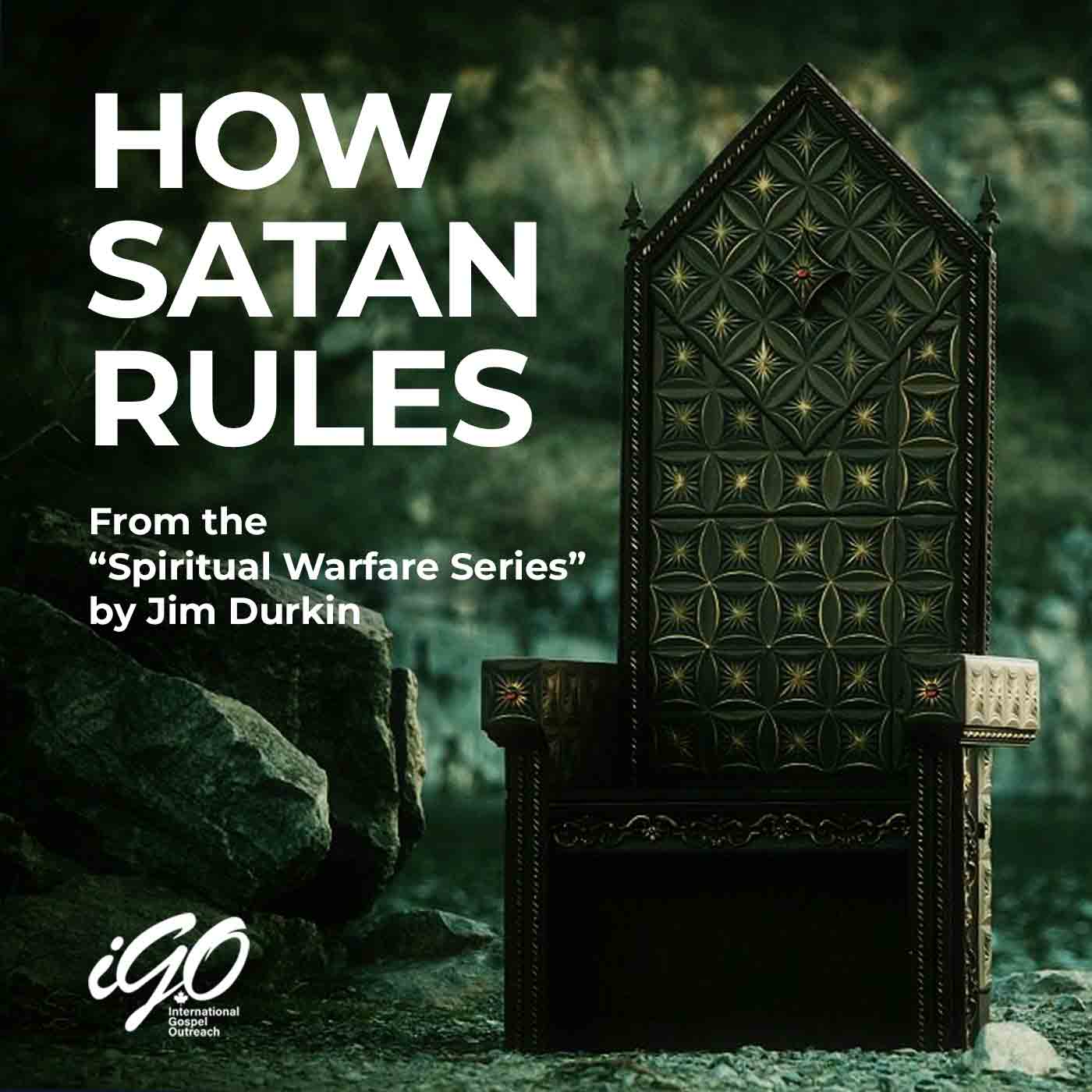 We are encouraged to see things from God’s point of view, with an eternal perspective. In Ephesians 6, we are asked to put on the full armour of God so that we might stand against the enemy. Satan operates in the spiritual realm. He is a spirit. He lives in the spiritual realm, we cannot see him, but he can see us. He reaches out to us through the spirit. He rarely reveals himself as being Satan. He deceives us into thinking that the thoughts that he places in our minds are our own. He has many at his disposal, evil spirits, master spirits, fallen angels, all indicative of a dark realm, leading people into hopelessness. The Bible asks us to yield our bodies to God. If we do not, then Satan will use our bodies as we leave ourselves exposed.

Satan operates in the political realm, as kings/rulers rule over the earth. When he usurped the authority that was given to Adam, he gained possession over the systems of this world. God has a specific time for all things to be fulfilled and will take back this authority when He is ready; however, Satan is allowed to exercise it. In the wilderness, He tempted Jesus with possession of the world. He rules over this world’s political, financial, and religious systems outside of Jesus Christ. As Christians, we have to understand how we can defeat him. God will not violate these systems unless certain protocol is followed. We are called to adhere to a specific commission, open the prison house, set the oppressed free, break every yoke, and break the wickedness bands. These world systems are very organized and maintain strong positions, ancient monarchs, government systems, law, authority, political power extending to every area of life and ruling over every person. However, these systems cannot compare to the evil spiritual rule over the nations, as we see in Daniel 10, when the good angel, dispatched by God to enlighten Daniel, was withheld for 21 days by the fallen angel.

In Ezekiel 27 & 28, the prince of Tyre says to himself that he is above everyone else, of perfect beauty. We know that Lucifer also says this of himself. Some people will say the same of themselves today, and they are reflective of the cities that they live in, which are controlled by evil forces. God exposes the King of Tyre as Satan, it is spiritual, and Satan attempts to hide. God, however, brings this city to ruin. Some people know Satan just as we know God, and they receive from his direction and wisdom until God brings them down, e.g., Alexander the Great, Pharaoh and Hitler. When they die, Satan raises someone else out of the vilest of men.

God’s people are a danger to Satan’s kingdom, and we are a threat to his rule. The Bible tells us to pray for our rulers, that we may lead godly and peaceable lives. There is no power but of God, and the powers that be are ordained of God, and we are to obey them and support them, but above all things, we are to pray for them. Although they are front-men and many are unaware, Christians have the power by prayer and praise to enter into the spiritual realm and break Satan’s power over these men. We can cause them to hear and obey the voice of God regarding us. In Daniel, the Persian king said, “I have heard from God,” and several other kings have heard from God. As Christian, we can cause the political system to give us free rein until such time that persecution, which is allowed by God, will come upon the church. We are warned not to look for persecution, invite it or bring it upon our heads by foolish actions but obey every ordinance of man for the Lord’s sake. We have to be an example to this lawless generation and honour all in authority. When we pray for those in authority, we will see a transformation; we are called to prepare for warfare against Satan and his forces, as the weapons of our warfare are not carnal but mighty through God to the pulling down of strongholds.